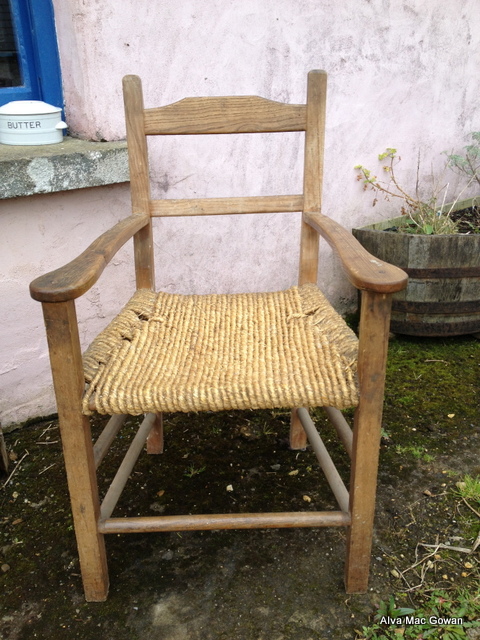 This chair has a story to tell. Its tightly twisted seat is made from straw woven by the hands of children who could not hear, and so their touch and sight was all the stronger. Its body was carved by the same hands; sensitive and relishing the challenge of creating an artefact they could wholeheartedly enjoy and be proud of. Sixty years later it still stands and graciously bears the strain of any tired body that chooses to rest in its generous arms.Last winter, in a farmhouse in Thomastown, Co. Kilkenny, I fell in love….. with a chair!  It had been brought from Dublin where it was originally constructed in a school for the deaf in the 1960s. There is a name for this type of chair and it is ‘Súgán’, the Gaelic word for straw. Súgán chairs were found in most traditional Irish homes, especially in rural parts where they would have been skilfully produced by a local craftsman. As you can imagine, due to their bespoke nature, they came in many different sizes and styles. Some had arm rests for tired limbs that had spent the day cutting turf or digging potatoes, others had no arms; so you could squeeze as many as possible around the dinner table, or into tight corners near the fire. 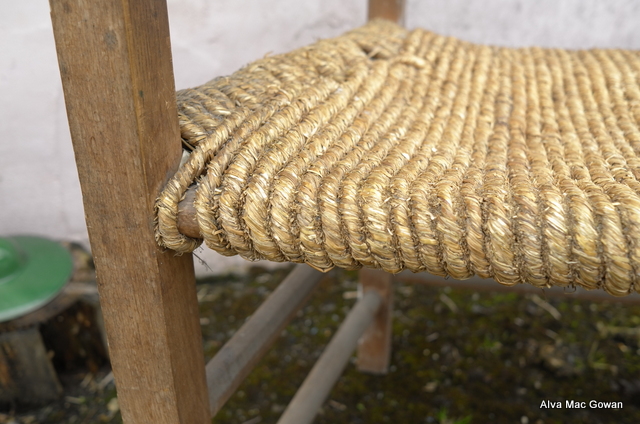 They could be painted or left natural and were made from whatever local wood was available- oak being the strongest and most expensive. Their straw seats could be woven in many different ‘weaves’, depending on the local style, and were strong and far more comfortable to sit upon than a hard wooden seat, with no need for a cushion and of a readily available material (originally they were made from hemp). The weave provided comfort and strength to the chair’s frame. The Irish Súgán is of a simple design built without nails; its strength is reliant on its framework of mortise and tenon joints.  In Wales and even as far as Eastern Europe there are more ornate examples of this type of woven seated chair. Compared to these, however naive in appearance, the Súgán is by far my favourite; an unassuming seat, inviting in its imperfection.

In the days before sofas and feather filled armchairs, can you imagine the wrangling there was amongst siblings for this chair? Something similar to our 21st century squabbles over the remote control. Story tellers or Seanachaí would be offered this seat and a bottle of porter to entertain the family with their bearings of old lore; singers would recount ballads with rosy fireside cheeks and women would rest and knit, meditating over their day and all they had to do the following morning. This was the throne of the quiet man. If you are lucky enough to come across an old Súgán, rest a while in its arms and listen carefully to its tales. 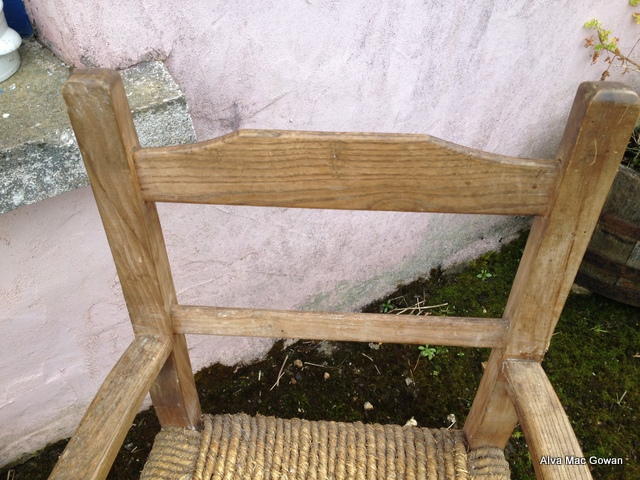 2 thoughts on “The throne of the quiet man: the Súgán chair”