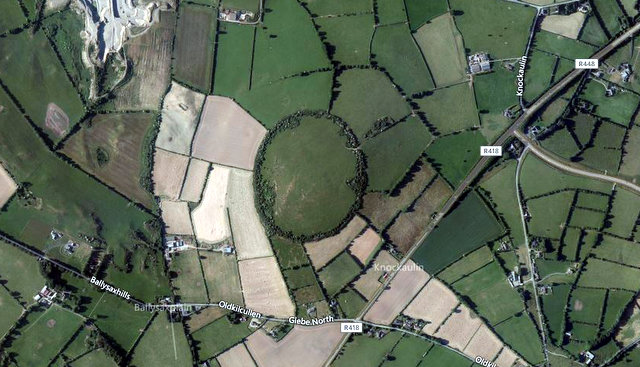 1. Dún Ailinne, Co. Kildare (image Bing maps) This large hilltop enclosure is associated with the Kings of Leinster. Approximately 13 hectares in size, the monument is defined by a deep ditch which lies inside an outer bank. This layout is impractical from a defensive point of view and suggests that the site was ceremonial in nature rather than a fort. Some archaeological excavations have taken place inside the enclosure and these revealed the presence of a number of large timber-built circular structures, as well as extensive evidence for feasting activities (more info). According to radiocarbon analysis the majority of this activity occurred in the Iron Age. 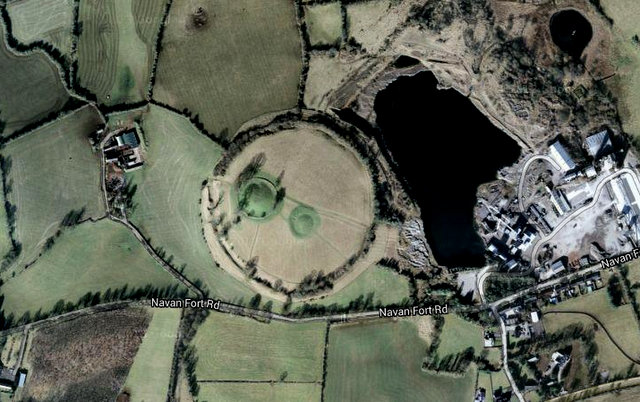 2. Navan Fort, Co. Armagh (image Google maps). Another large hilltop enclosure, Navan Fort (Eamhain Mhacha) was the traditional abode of the Kings of Ulster. Again the monument is defined by a large circular ditch with an outer bank, which radiocarbon dating indicates was probably erected in the Iron Age. Archaeological excavations at the site revealed a series of circular wooden structures, some of which were nearly identical to the buildings found at Dún Ailline. Remarkably the skull of a Barbary ape, an animal native to North Africa, was recovered inside one of these prehistoric buildings. The enormous quarry pit visible in the photo was largely excavated between the 1960s and early 1980s. Work finally stopped on the site in 1987 due to protests coordinated by the ‘Friends of Navan’ group. 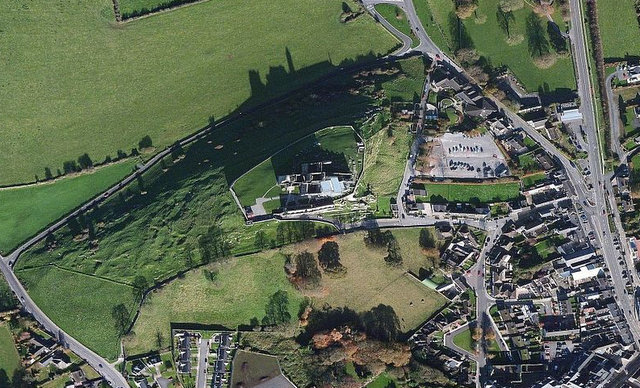 3. The Rock of Cashel, Co. Tipperary (image Bing maps). This prominent site was the seat of the Kings of Munster until 1101 AD, when  Muirchertach Ua Briain donated the fortress to the Church. As a result nearly all of the surviving buildings at the site are ecclesiastical in nature and date from the 12th to 14th centuries AD. 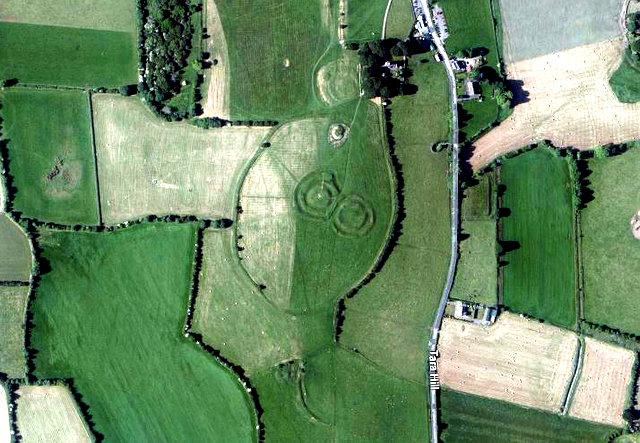 5. The Hill of Tara, Co. Meath (image Bing maps). Associated with the High Kings of Ireland (and also the Kings of Meath), the Hill of Tara is probably Ireland’s most famous early royal site. It is situated in a remarkable archaeological landscape that contains evidence for human activity stretching from the medieval period to the Neolithic. Some of the more notably archaeological sites present include a large enclosure defined by an inner ditch and outer bank, a Neolithic passage tomb (The Mound of the Hostages) and a ceremonial avenue (The Banqueting Hall), while numerous other enclosures and earthworks, mostly of indeterminate age, are also present. 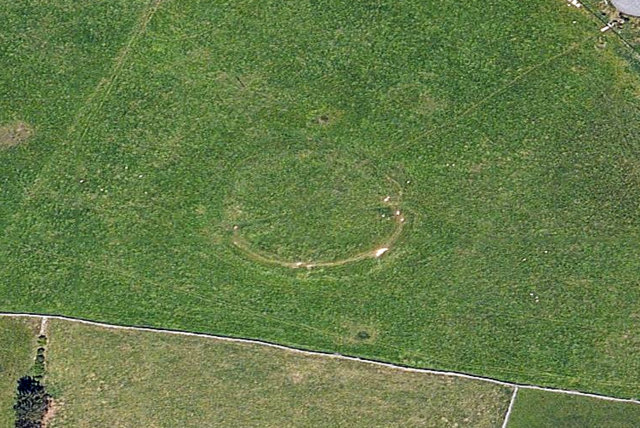 5. Rathcroghan, Co. Roscommon (image Bing maps). An inauguration site of the Kings of Connacht, the main feature found at Rathcroghan (Cruachan) is a low mound, which measures approximately 88m in diameter. Although never archaeologically excavated, the site has been geophysical surveyed. This revealed that the mound was once surrounded by a circular enclosure, c. 370m in diameter, while evidence was also found for a building on top of the mound, which appeared similar to structures previously identified at Navan Fort and Dún Ailline.  In the fields surrounding the mound numerous barrows and earthworks have been identified, suggesting that the site was a ceremonial focal point for millennia.