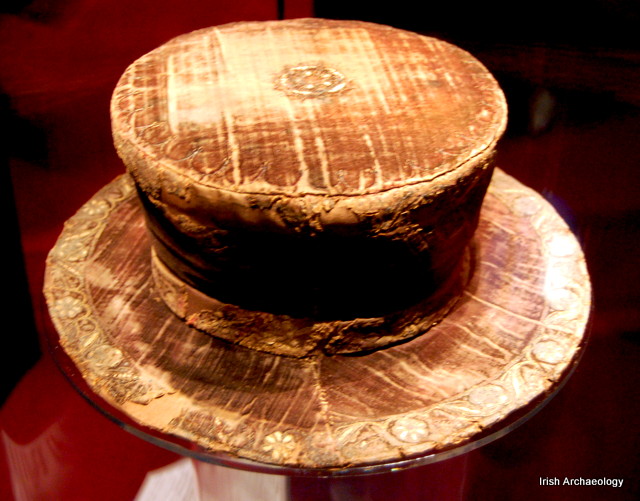 This early 16th century cap of maintenance is thought to be the only item of Henry VIII’s wardrobe that survives. A formal piece of clothing, it was originally worn beneath the royal crown. However, in 1536, Henry VIII sent it to Ireland, along with a ceremonial sword, as a gift to the the Mayor of Waterford city. The letter which accompanied the cap read:

‘And now at this tyme as a remembrance and evident token of our favours we have sent you by this brynger a Capp of maintenynance to be borne in tymes thought neccessarie before you the Maior being the officer of that said Citie’ (McEneaney & Ryan 2004, p. 122).

The cap is made from red velvet, possibly imported from Italy, that is embroidered with Tudor Roses and marguerites. It measures circa 116 mm in height by 397 mm in diameter and contains a strip of whale balleen near the top of the hat for additional support.

This significant pieces of historical clothing can now be viewed at the excellent Waterford Treasures Museum  in Waterford city.