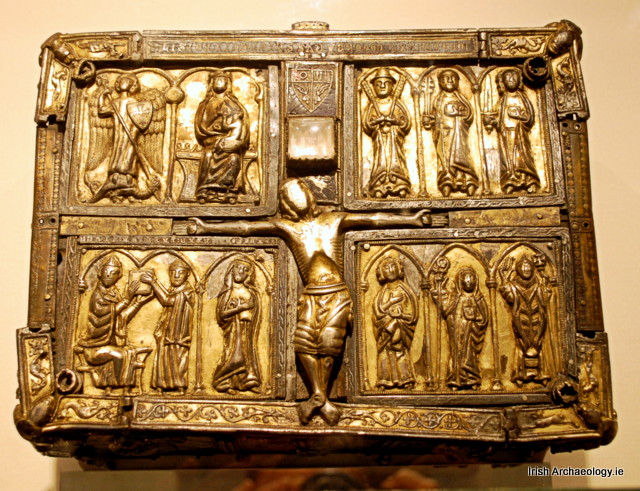 The Domhnach Airgid (silver church) is an ornate shrine, fashioned out of silver and bronze that was intended to hold a sacred text. When opened in the 19th century it was found to contain an ancient copy of the gospels and according to tradition this book was a gift from Saint Patrick to his disciple MacCartan. An important early church figure, Saint MacCartan founded Clogher church in Co. Tyrone and was also associated with Clones in Co. Monaghan.

The shrine consists of a simple wooden box, encased in bronze panels, the earliest of which date from the 8th century AD. The reliquary was substantially remodelled in the 14th century by John O’Bardan, a craftsman working at the behest of John O’Carbri, abbot of Clones. Most of the decorative panels visible today are associated with this later embellishment. These gilt silver pieces depict the apostles, the Virgin and Child and a number of Irish saints, including Patrick, MacCartan, Columba and Brigit (see images below).

A large crucifix, which dominates the front of the Domhnach Airgid, is noticeably worn, possibly from devotional rubbing/touching. Above the crucifix is a rock crystal and this originally held fragments of wood, thought to be pieces of the True Cross.

Today the Domhnach Airgid can be viewed at the National Museum of Ireland, Kildare Street, Dublin. 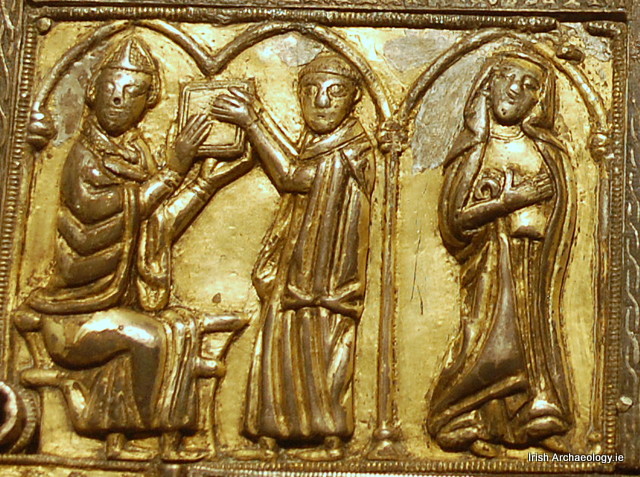 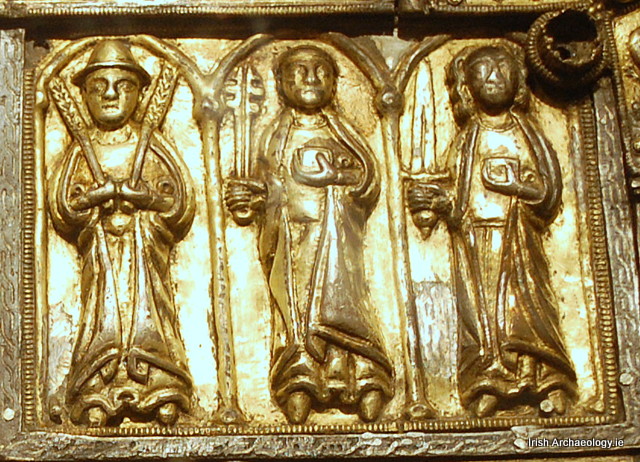 Three of the apostles 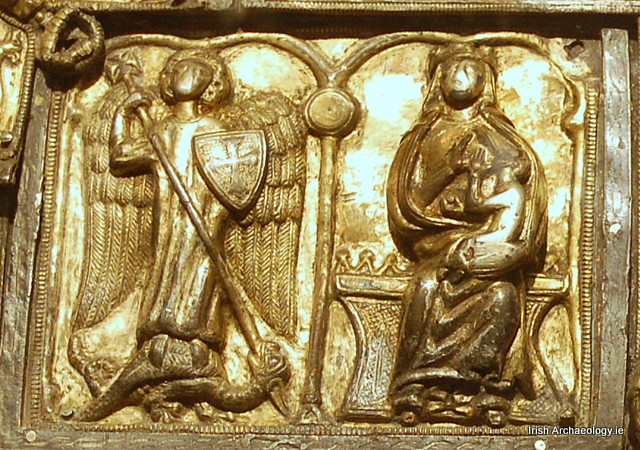 Michael the Archangel and The Virgin and Child 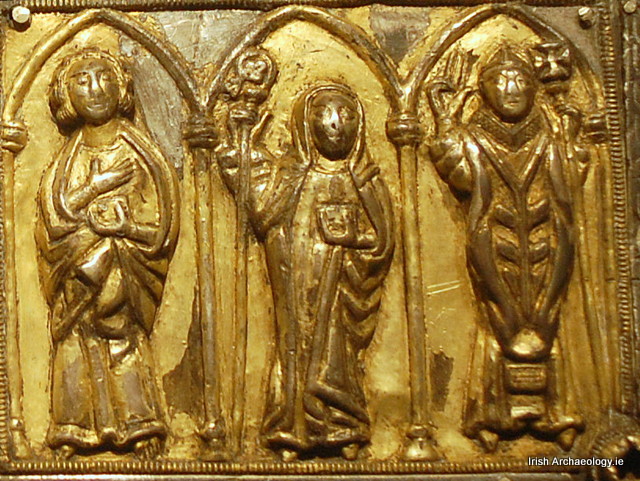 2 thoughts on “The Domhnach Airgid, an Early Irish Book Shrine”