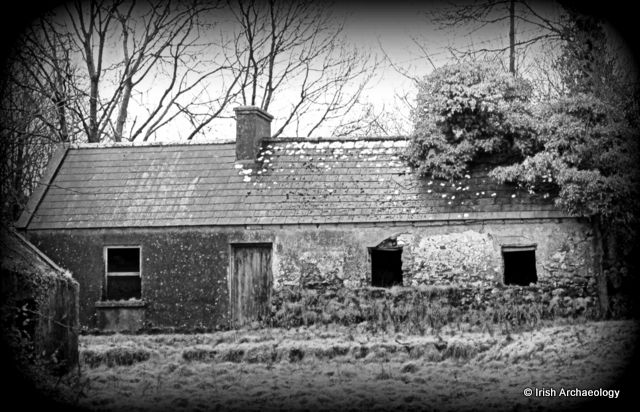 This Irish folklore account details supernatural activity in a Co. Wexford cottage and is based on information supplied by Richard Shannon of Aclare, New Ross in 1938.

‘In Camblin, about two English miles from New Ross, in a field of the Causey there was a mass path. The people around used to go to mass by this path to Ballykelly.

After some time the people started going to mass in New Ross and the mass path was closed. People built a house in the field where the mass path was, and before they were three months living in it , they had to leave it. Every night as soon as they went to bed, the bed clothes would be pulled off the beds and no matter how often they put them back, they would be pulled off again. The chairs used to be tumbled around the floor in the morning. If any delph were left overnight on the table, it would be found on the floor, broken in the morning. 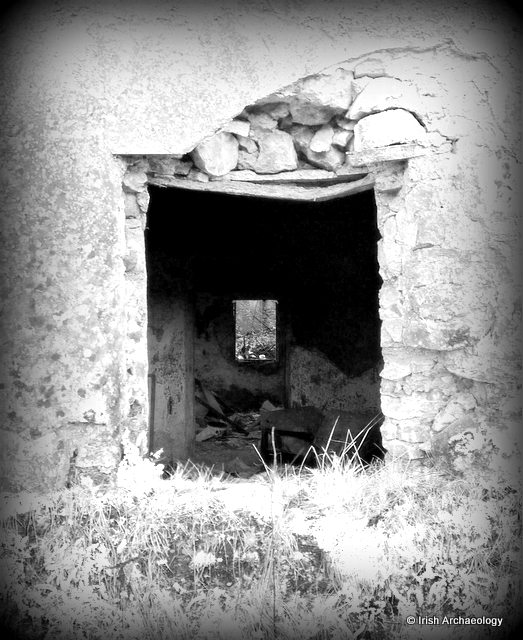 Every night, as regular as the clock, this went on. The noise of the chairs and the rattle of the delph would begin as soon as twelve o’clock came. No one could sleep, so in the end they had to leave the house, and after some years it fell from damp and neglect and no one would ever sleep a night in it after that.

My father, Richard Shannon, told me this and he was reared in Camblin about ten yards from the house. When he was a boy, only the old ruins were there, but he used to hear my grandfather and the other old people talking about it. The stones of the house are all covered with grass and weeds now and no one would touch a stone, all the people are so much afraid of what would happen.’ 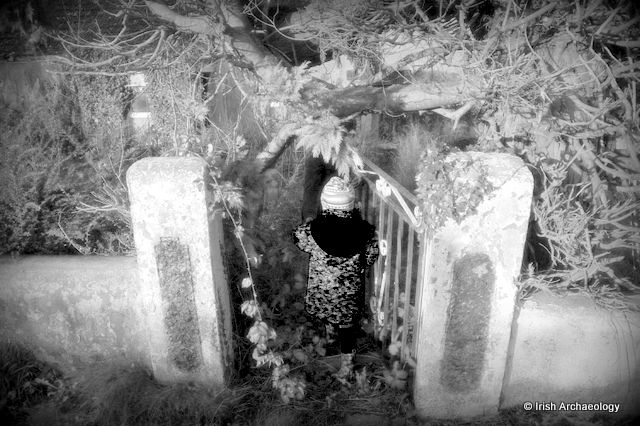 This account forms part of the Schools’ Folklore Collection, a large and important corpus of material, whose compilation occurred between 1937 and 1939.  This far-sighted scheme, run by the Irish Folklore Commission, saw over 100,000 schoolchildren collecting local folklore from their parents, grandparents and older members of the community.

Collected by Nellie Shannon from her father, Richard. Also from IFSC 873 170-2, Aclare School