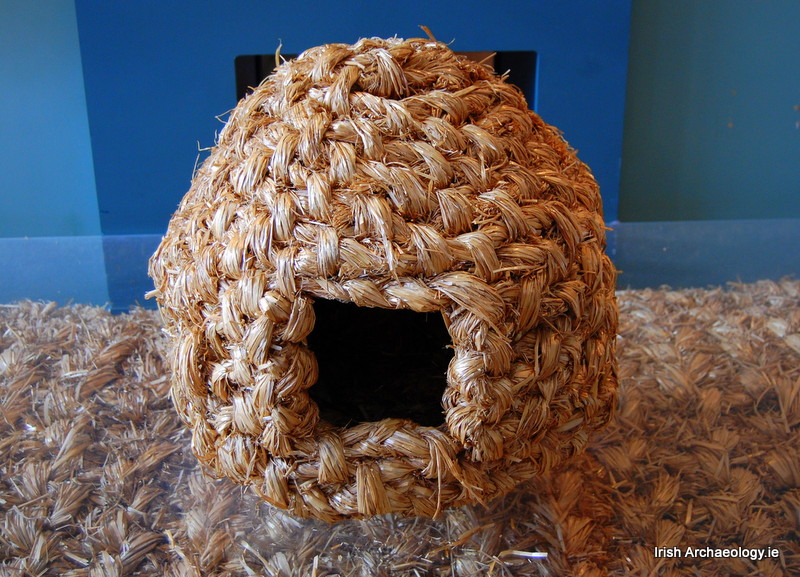 Woven out of plaited straw, this hen’s nest represents an object that was once commonly seen on Irish farms. Typically oaten straw was used to weave the objects, but on occasion wheat or barley straw was also employed. The nests were normally placed in a dark room/space, often in an outhouse, where the hens were more likely to lay their eggs. This particular example comes from Drumcliffe in Co. Sligo and now resides at the Museum of Country Life, near Castlebar, Co. Mayo. The photo below shows Mr Laurence Mulligan from Enaghan in Co. Longford making a similar nest in 1969. 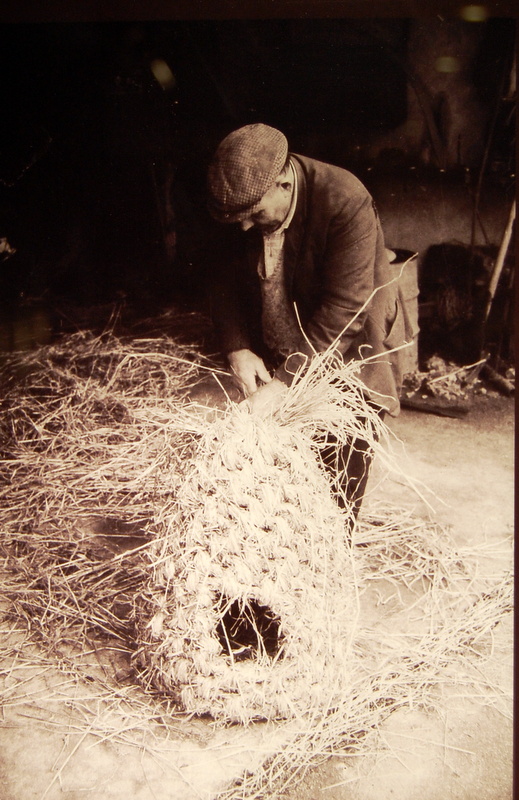