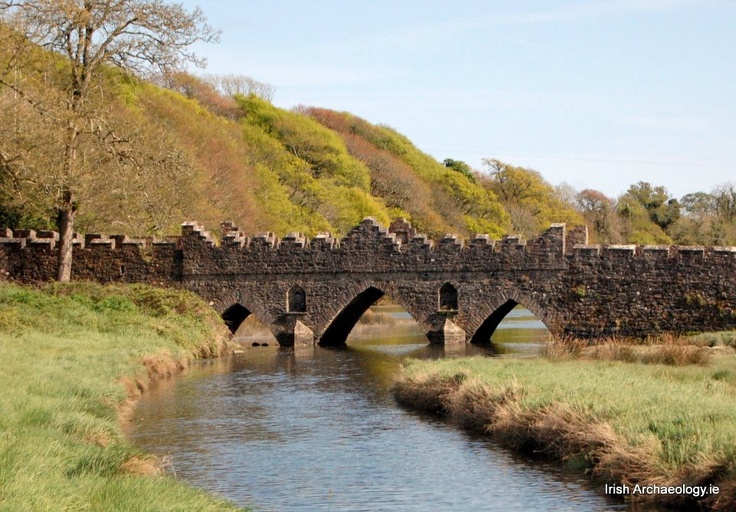 This rare, surviving, example of a 16th century bridge is found at Tintern in Co. Wexford. Located over a small, tidal river, the bridge is situated just a short distance from the impressive ruins of Tintern Abbey, which was founded in the 13th century. It has three plank-centred arches[i] and is a defended by a crenellated parapet.  Made from locally sourced stone, the entire structure measures approximately 16m in length by 4.95m wide. 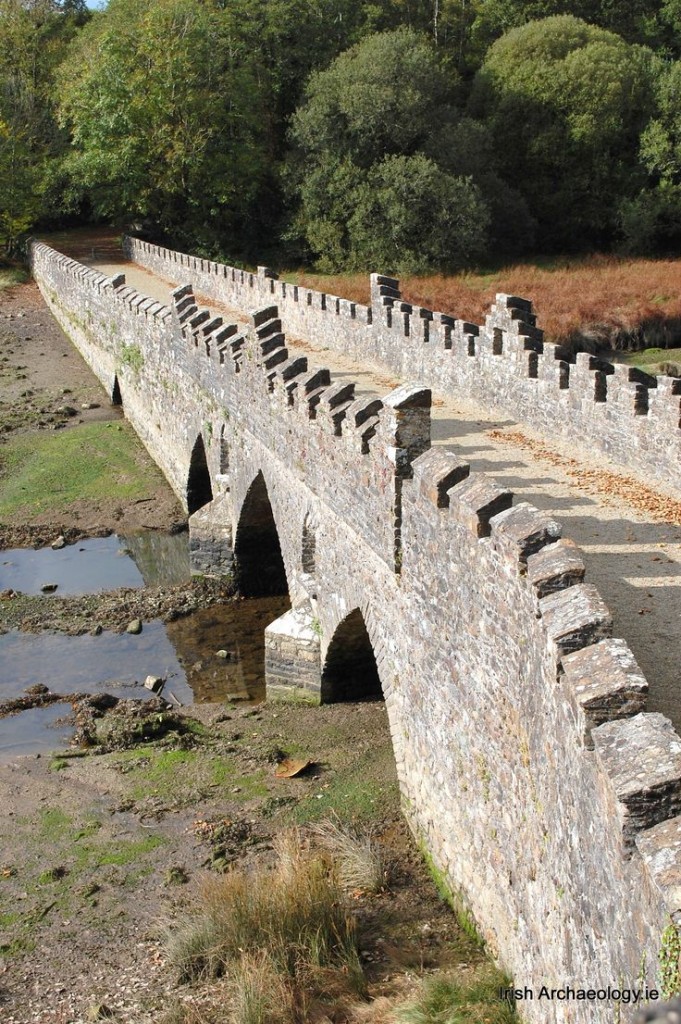 The bridge  is thought to have been built in the mid-16th century[ii] at the behest of  Sir Anthony Colclough[iii]. Originally from Staffordshire, England, Colclough was granted Tintern in 1543 after the monastery was dissolved by Henry VIII. He soon set about defending his new possession and in 1566 he requested funds to fortify the Abbey and surrounding lands[iv]. This phase of defensive works is probably when the distinctive crenellated bridge was built, with further modifications likely to have occurred to the structure during the 18th century.

[i] The presence of plank centring may indicate that the 16th century bridge was built over an early structure which was contemporary with the nearby 13th century monastery.

1 thought on “A rare 16th century bridge at Tintern, Wexford”