Friends of Medieval Dublin in conjunction with Dublin City Council have just announced the dates for the 3rd season of their excellent lunchtime lectures series, Tales of Medieval Dublin. These monthly talks will take place in the Wood Quay Venue, which is a state of the art conference facility that incorporates a stretch of the original Hiberno-Norse city wall (the venue is located in the Dublin City Council Civic Offices, Wood Quay, Dublin 8). The talks will be officially launched by Senator David Norris prior to Lecture 1, The Miller’s Tale, at 1.05pm on June 19th. 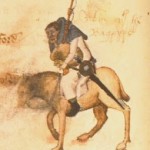 Grain was an integral part of the diet of early medieval Dubliners and the work of millwrights was pivotal to the economy of the town. Come and hear about the life of a miller from Chapelizod. 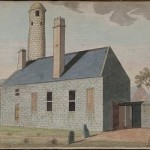 Come and hear about the lives of the unnamed dead buried at the church of St Michael le Pole, near what may have been the site of the early Christian monastery of Duibh Linn. 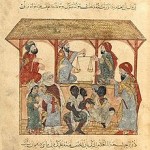 What happened to the men and women who were sold on the Dublin slave market in the early middle ages? A few of their voices have survived to be told. 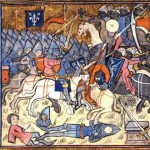 William Fitzroger was a Prior of the Order of the Knights Hospitaller in Ireland based in Kilmainham in the late thirteenth century. His conflicting loyalties to his king and his order presented him with a difficult choice: would he fight for the Holy Land or defend the English colony in Ireland? 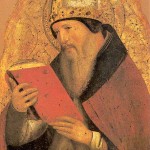 The political and cultural renaissance that occurred in the late-medieval cathedral priory of Christ Church, Dublin, was witnessed and guided by Canon Thomas Fyche, its sub-prior (1502-16): Augustinian, archivist and administrator. 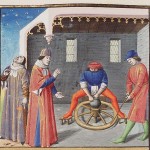 Many skilled workers lived and plied their trades in high-medieval Dublin. William le Crockere de Nas was a potter who had the important job of crafting glazed jugs to hold the wine and ale consumed by the citizens.

Maoilín Óg Mac Bruaideadha was a famous bardic poet and historian in the latter half of the sixteenth century. He spent the last few years of his life in Trinity College translating the New Testament into Irish.

4 thoughts on “Tales of Medieval Dublin”