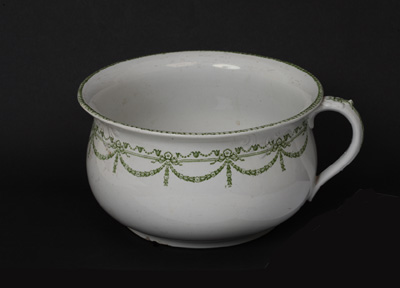 In the late 18th century an English writer, Richard Twiss caused consternation in Ireland when his book, ‘A Tour in Ireland in 1775‘, was published. It painted the country and its inhabitants in a very poor light and was widely condemned by the Irish public. However, every cloud has a silver lining and an enterprising Dublin pottery saw an opportunity. They produced  a special edition chamber pot, fragments of which, have since been uncovered during archaeological excavations in the city. The bottom of the pot contained a picture of the much maligned travel writer, surrounded by the caption ‘Come let us piss, On Mr Twiss‘.  Dublin wit, how are ye.

Note: the chamberpot in the image is not one of the Twiss pots

2 thoughts on “A Satirical Chamberpot from 18th century Dublin”