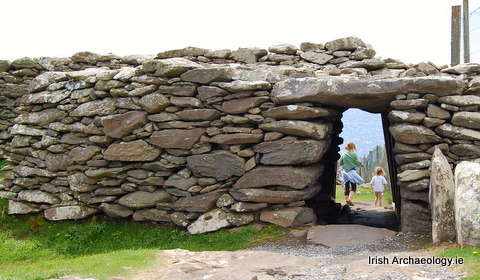 Located on a rocky promontory, overlooking the Atlantic Ocean, Dunbeg fort lies on the far western tip of the Dingle peninsula in Co. Kerry. This rather precarious position, although highly defensible, also leaves the fort susceptible to coastal erosion and a recent storm has caused considerable damage to the site. Unfortunately a section of the fort’s large stonewall has collapsed into the sea and extensive disturbance has also occurred around the entrance doorway.

An ancient site, archaeological excavations have shown that the fort was primarily occupied between the 8th and 11th centuries AD, when it was defended by a series of ditches and earthen banks as well as a substantial stonewall (Barry 1981). These defensive features cut off a small, triangular peninsula, which is defined by sheer cliffs that fall steeply to the Atlantic below.  The interior of the fort contains the remains of a large stone-built house, as well as a souterrain (an underground passageway) and  it is likely that other structures once existed, but were lost during earlier storms and cliff collapses. Originally the fort was probably home to a local lord or noble, who ruled the surrounding area from the safety of this well defended but highly exposed redoubt.

The photos below show the fort when I visited it last summer and before the recent unfortunate disturbance. 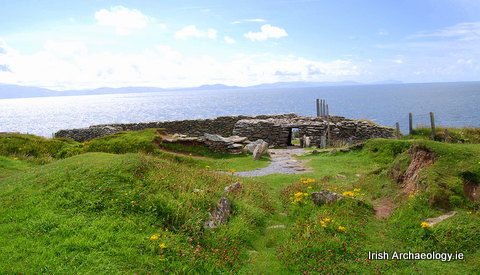 1. The fort is approached through a series of earthen banks

2. A narrow linteled doorway gives access to the interior 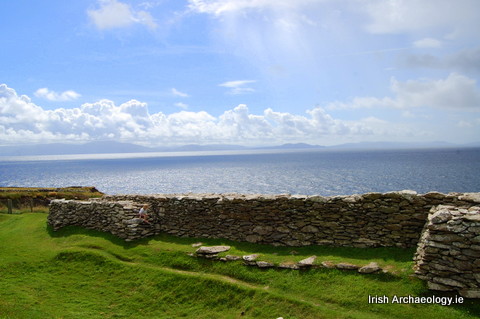 3. The surviving wall of the fort from the outside 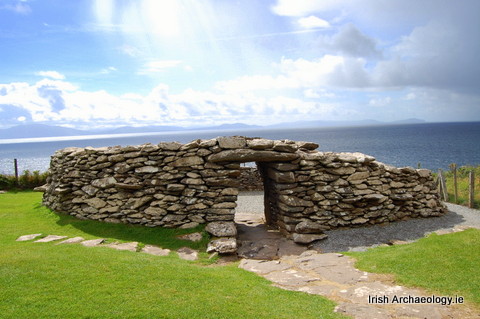 5. The remains of a roundhouse inside the fort 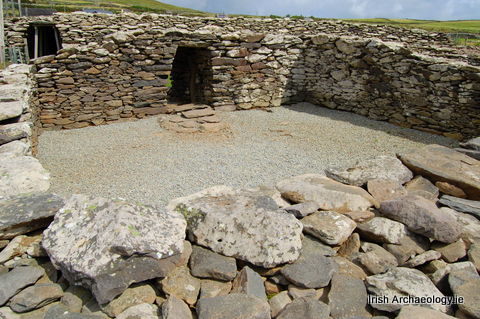 6. The interior of the house 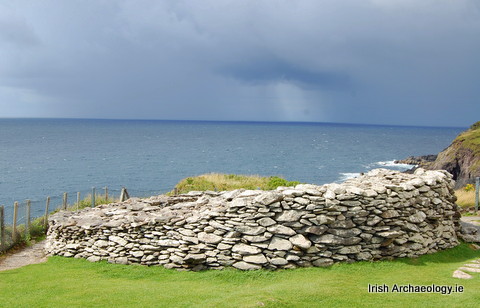 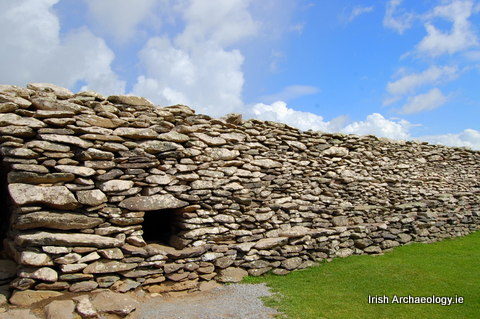 8. The inside face of the fort wall contains a small chamber, originally probably used for storage. 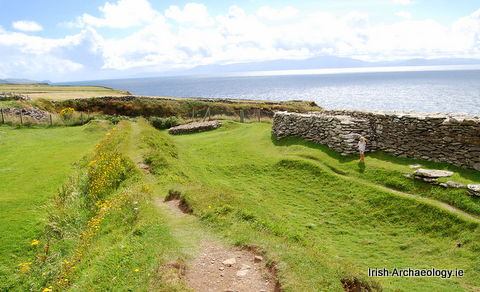 9. One of the exterior defensive banks of earth 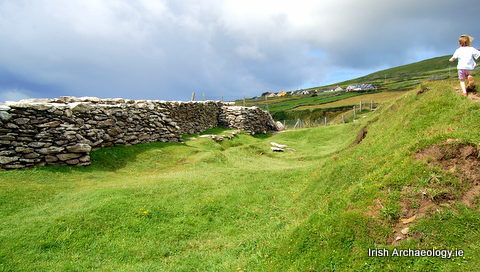 10. Another view of the earthen bank 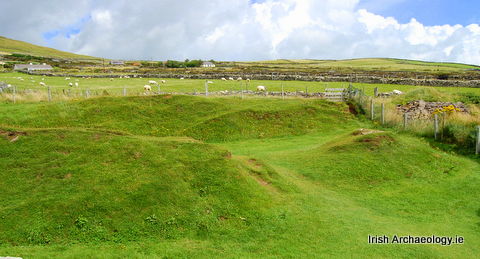 11. View of the exterior defensive banks 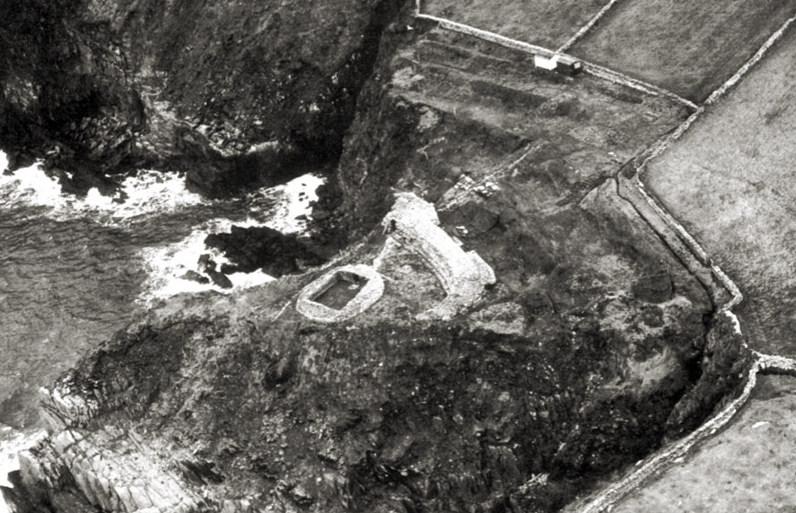 12. An aerial photo of Dunbeg taken after the archaeological excavations were completed (Commissioners of Public Works via Voices from the Dawn)