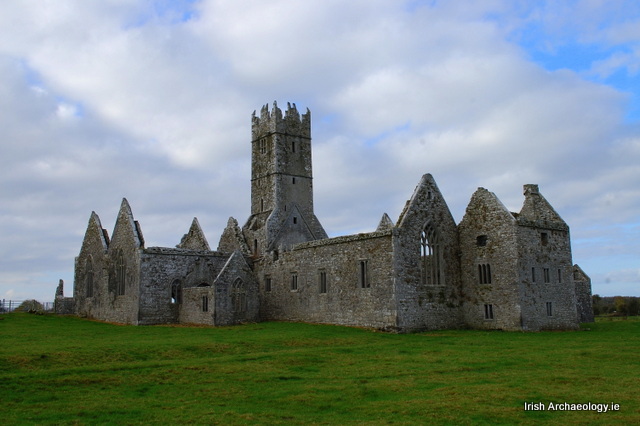 I recently visited the impressive ruins of Ross Errilly Friary in Co. Galway. Founded in 1351 AD, it represents one of the finest medieval Franciscan monasteries  in Ireland. It is located just outside the small town of Headford, on the banks of the Black River, in area of rolling pasture-land.  The friary contains an  extensive range of buildings, most of which date from the 15th century.  These include a bell tower, a large church, a central cloister and a wide range of domestic buildings, such as a kitchen, bake house, refectory and dormitories (located on the upper levels).  One of the more unusual features at the site is a large stone cistern, which originally held live fish, caught in the nearby river. You could easily lose an hour or two rambling through these ruins and a visit to Ross Errilly is is highly recommended. 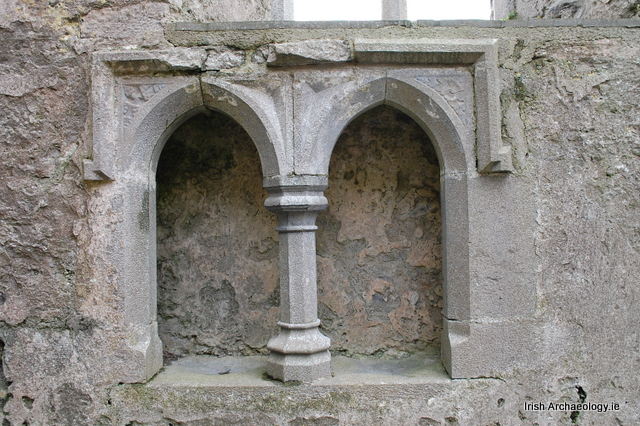