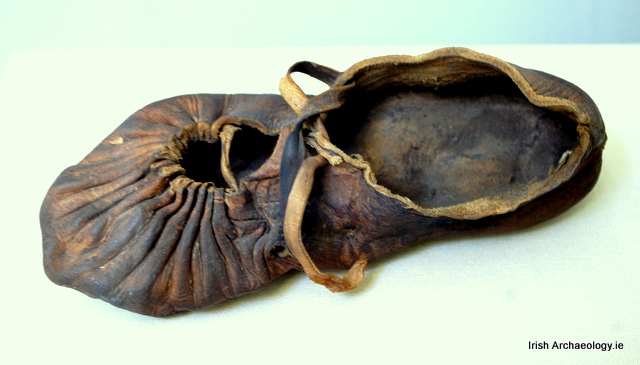 This early medieval shoe was discovered in the 1950s by turf-cutters working at Coolatoor bog in County Westmeath. Fashioned from a single piece of leather, it was found 12ft deep in the bog, where the wet, cold and anaerobic conditions prevented the shoe from decaying. It was orginally fastened using a leather tong/lace and this simple shoe design appears to have been popular for millennia. Indeed, single piece cowhide shoes of this kind, known as pampooties, continued to be used on the Aran Islands into the twentieth century. However, they were not strong and needed to be replaced as often as once a month (Edwards 1999, 80).