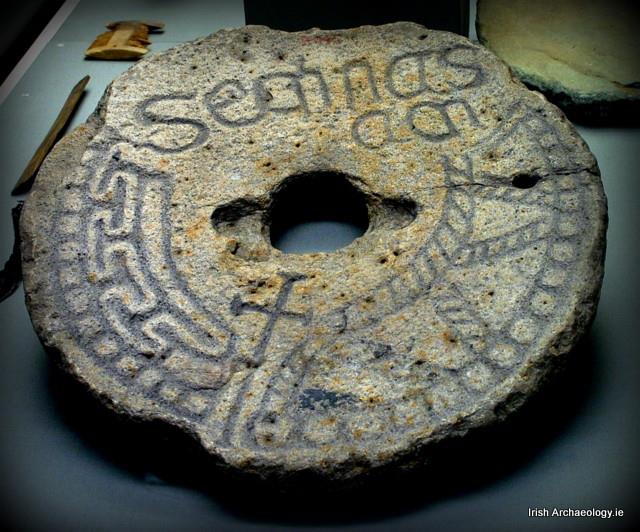 A rotary quern stone (hand-mill) for grinding grain which was reused as a grave marker at Clonmacnoise during early medieval period. Founded in the 6th century AD, Clonmacnoise was one of the great monasteries of early Ireland and several hundred memorial slabs have been found at the site. This specific one is inscribed with the Irish name ‘Sechnasach’ and it has been speculated that this may represent Sechnusach, King of the Ui Maine (a territory in eastern Galway/South Roscommon) who died in AD 709 (Lionard, 1961). The artefact is now housed at the National Museum of Ireland, Kildare Street, Dublin.

2 thoughts on “An Unusual Medieval Grave Marker from Clonmacnoise”