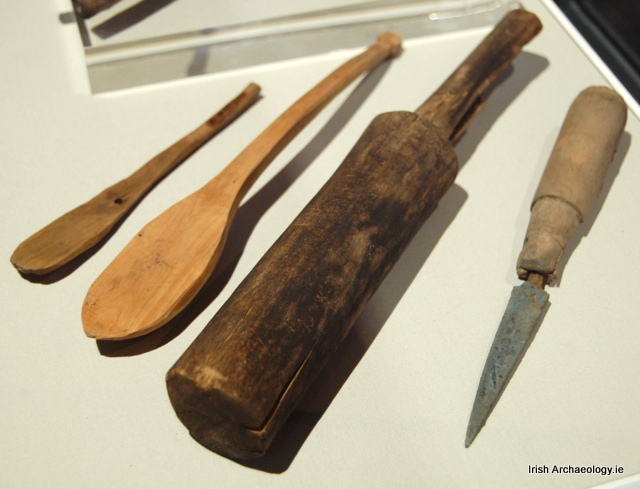 This fantastically preserved collection of household utensils was discovered during archaeological excavations in Waterford city. It includes two wooden spoons, a wooden beetle/pestle and an iron knife (with attached handle). The artefacts were found in contexts dating from the 11th to 12th centuries AD and were preserved due to the damp, largely anaerobic conditions which prevailed in these organic layers. The two spoons are fashioned out of yew wood, while the large beetle/pestle (it measures 248mm long) is made from willow. A rare insight into the type of domestic utensils used in a Late Viking Age house, these pieces are currently on display at Reginald’s Tower, Waterford.