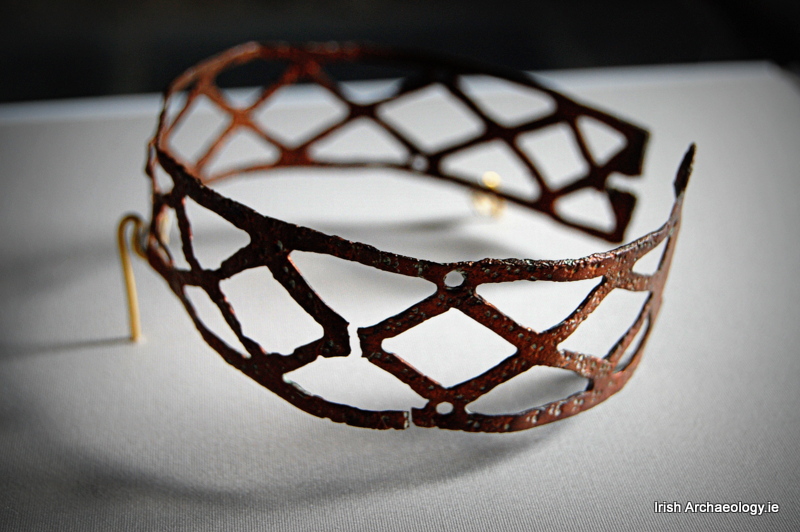 This rare 12th century dog collar was found by archaeologists working in Waterford city. Fashioned out of bronze, it originally had a leather backing, which attached to the metal via six holes. It is thought that it may have been worn by a hunting dog such as greyhound. Similar, though less ornate dog collars are depicted on the Bayeux tapestry.

1 thought on “A 12th century dog collar from Waterford city”