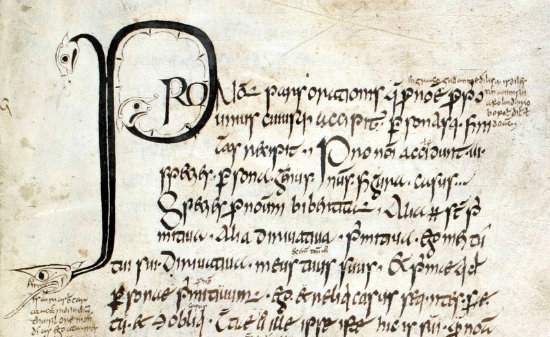 This wonderful collection of decorated initials is found on a 9th century Irish manuscript which now resides at the Abbey of Saint Gall in Switzerland.  Founded in the 7th century AD by an Irish monk (St. Gall), the abbey has an extensive library that contains a small but important corpus of Irish material. This includes a manuscript known as the ‘St. Gallen, Stiftsbibliothek, Cod. Sang. 904‘. Written in Old Irish and Latin, this important text was produced in Ireland, possibly at a monastery such as Nendrum or Bangor. It is primarily the work of two scribes, Finguine and Donnugus and their beautiful script is ornamented with numerous elaborate initials, which are shown below. Enjoy! 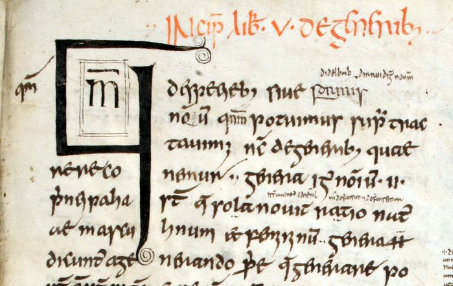 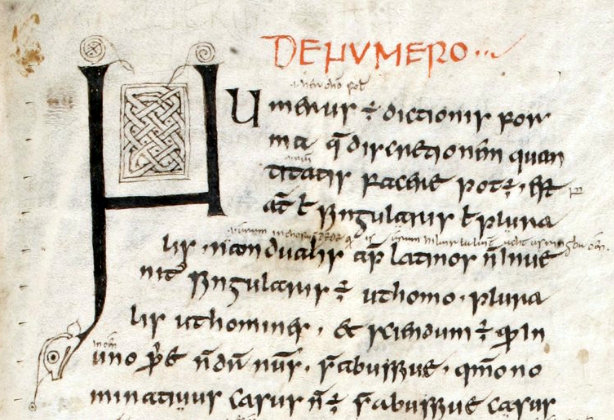 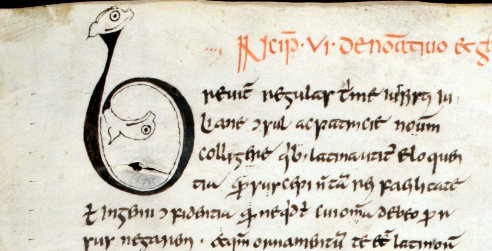 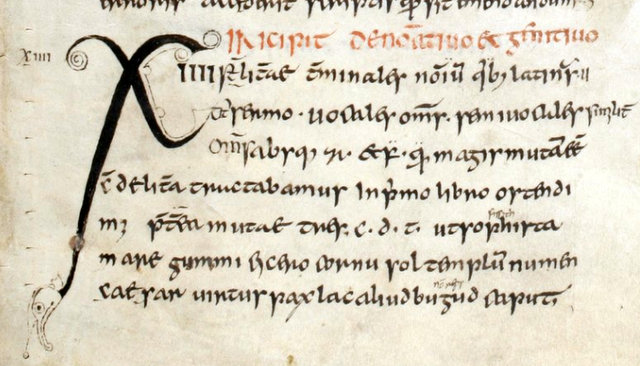 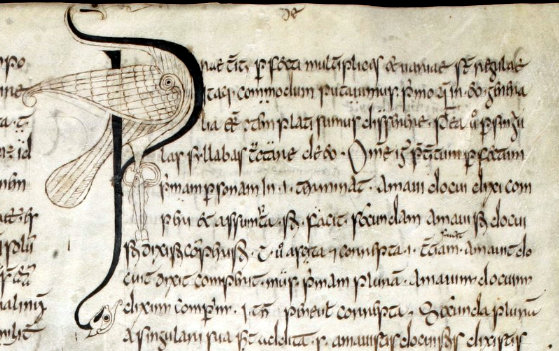 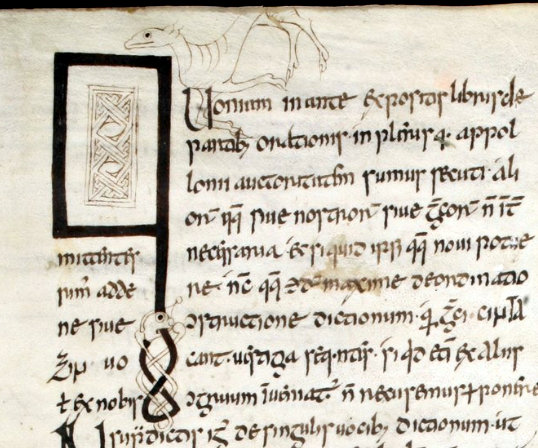 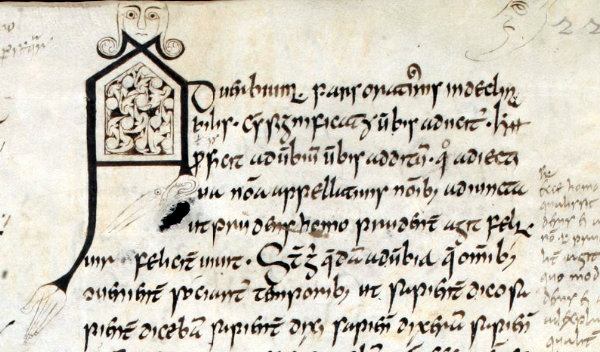 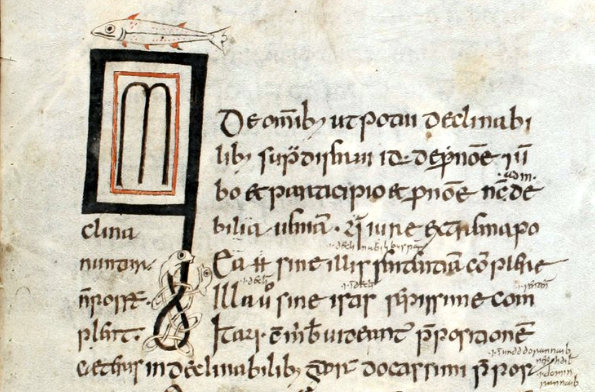 1 thought on “Decorated initials from a 9th century Irish manuscript”